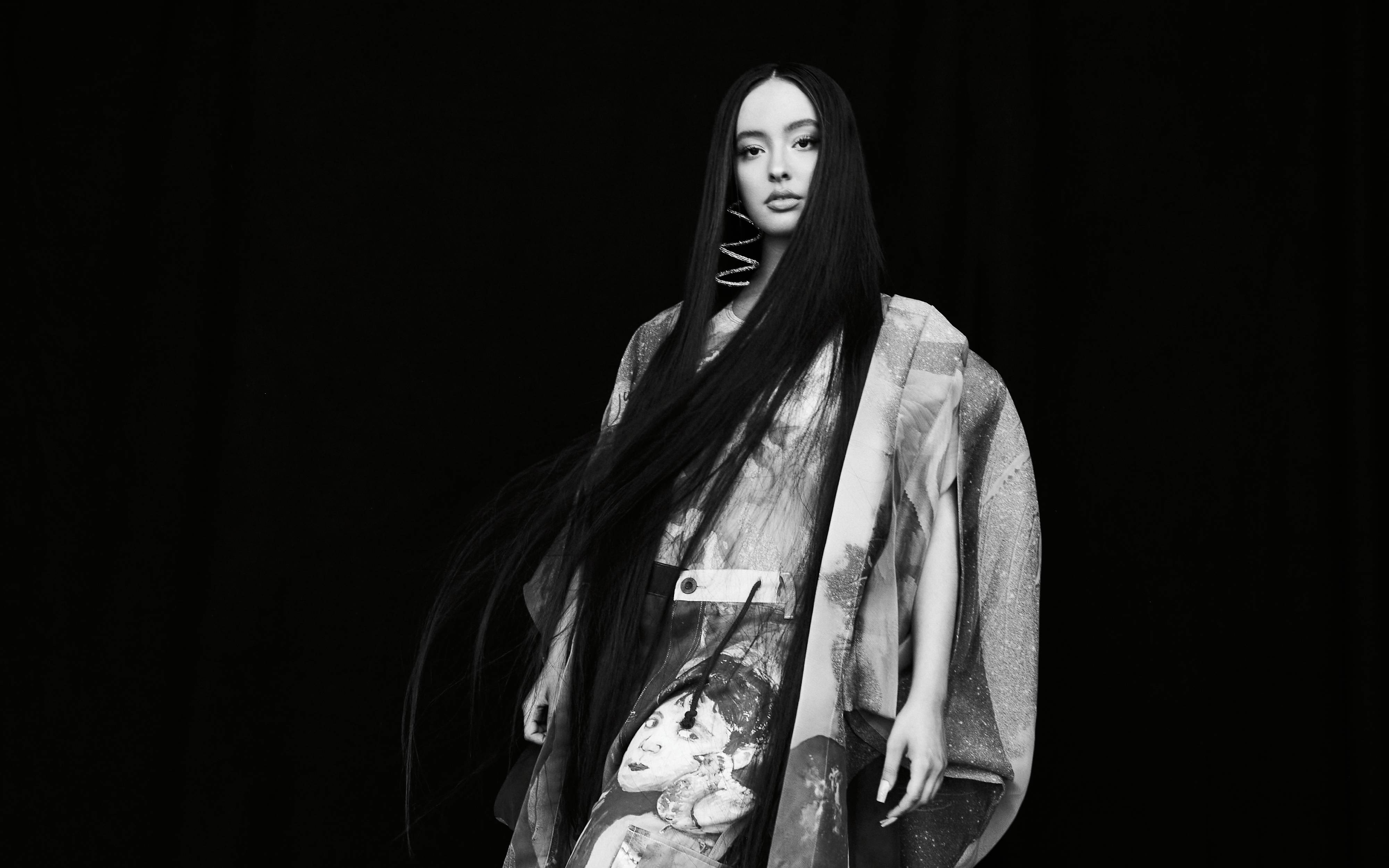 Ahead of the release of her debut album “Citizens,” the Juno-nominated artist explains how fashion plays into her artistic narrative.

Faouzia is thinking about the future. After spending years fine-tuning her first album, Citizens, she’s finally ready to release it into the world. But the mononymous Moroccan-Canadian singer is not one to rest on her laurels. In fact, Faouzia is already planning her next record, a sister album of sorts with the same futuristic fantasies.

“They are both playing off of each other in my head, but Citizens is like the more subdued sibling,” she tells FASHION. Even still, the album packs a punch.

With each song on Citizens (out May 19), Faouzia tells a story. “Minefields” is a heartfelt ballad, while “RIP, Love” is an Arabic trill-filled track about letting go of a partner. But it’s “Puppet,” a bop about breaking free from expectations, that really shows what the artist has up her stylistic sleeve. The song’s music video is a glimpse into her mind through chaotic, colourful and even kooky fashion.

It’s no wonder the 21-year-old singer — whose resume includes a Chanel ambassadorship and a song with John Legend — is up for the Breakthrough Artist of the Year Award at this year’s Junos, taking place May 15.

Below, Faouzia tells FASHION why she’s inspired by the future, what it means to break the mould of “risky” dressing and how her current style is laying the groundwork for her future self.

The cover art for Citizens is very futuristic. What’s the inspiration behind that aesthetic?

Whenever I envisioned my album, I saw something very grand and dramatic, and I always saw it based in this futuristic world that lives on its own. There’s a big glass city and it’s very sharp, fresh and kind of cold. That was the vibe that I was going for with the fashion in this album and the next one.

What draws you to futuristic fashion?

How do you approach taking style risks?

I love doing things that are out of my comfort zone. It’s really fun to reach for something that you haven’t done before. I cover myself up when I dress — it’s religious, but it’s also just something that means a lot to me. So I have to sometimes think outside of the box. I have to ask myself, “How I can stand out in a different way, in a way that I’m comfortable with with my body?”

Is it challenging to take fashion risks while still respecting your boundaries?

It was definitely challenging at first, because there [weren’t a lot of options that were] fashion-forward that I could see that still fit my comfort level. So it was hard trying to figure out what I could wear that felt cool, young and fresh. It was definitely a process to be able to find that. But now, I feel like it’s just the beginning and we’re starting to see it a lot more.

What role does fashion play in your artistry?

It has almost as big — if not as big — of a role in my artistry as my music does. Whenever I write a song, I’m already thinking about what I’m going to wear and what I see for hair and makeup. That plays a big part in my writing process.

How would you describe the world you created in the “Puppet” music video?

That world is very colourful and sporadic. The fashion was meant to represent different emotions, and the whole video was about not being a puppet. In each scene, the outfits showcase a different feeling of oppression. The one that was an optical illusion was supposed to signify brainwashing. The oversized hand represented being treated like a child. And then the origami dress signified restriction. All of them had a special meaning, and it was really cool to see how we could visually display these emotions in the video.

How would you describe this era of your style?

I want something that feels fashion-forward, but also easy to digest. I can already envision all of the crazier looks coming down the line, so this is a taste of what’s to come. I want people to understand who I am as an artist visually, and to continue pushing the narrative forward with looks that are outside of my comfort zone. But I definitely plan on pushing that even further in the future. It’s only the beginning.

5 Of The Best Men’s Deodorant for Sensitive Skin To Help Alleviate Discomfort (Updated 2022)
Long Live Bermuda Shorts
Rihanna Sports a Leggy Little Black Dress and Raf Simons Shirt on a Date With A$AP Rocky
What Is Lewy Body Dementia, and Why Is It So Hard to Diagnose?
16 Of The Best Beard Products To Use In Every Step Of Your Grooming Regime (Updated 2022)
Follow us on Facebook
Follow us on Twitter
Follow us on Pinterest
Follow us on Instagram