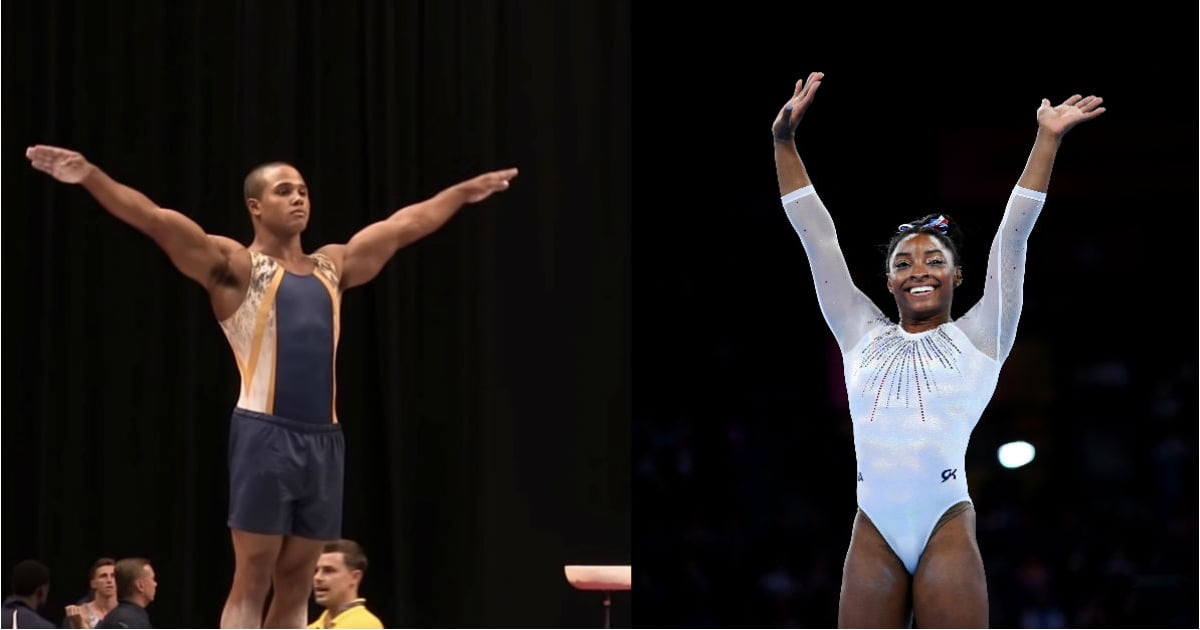 It’s only fitting that Simone Biles, the most decorated gymnast in World Championship history and an absolute badass redefining what athletes can do, has a crazy-talented, former-gymnast boyfriend who cheers her on with every win.

The 22-year-old Biles and Stacey Ervin Jr., 26, have been dating for over two years, and they met in 2013 at Nationals, according to NBC Sports, then called the P&G Championships. Afterward, Stacey became a US men’s national team member and Simone was selected for the women’s national team.

Stacey competed in college for the University of Michigan and, in his last year of competition, was a bronze medalist on floor on the collegiate level (NCAA Championships) as well as the national level (US Championships). He wrote in an Instagram caption, “During my time on the University of Michigan’s Men’s Gymnastics Team (2011-2015), we were able to become Back-To-Back Big Ten Conference & NCAA Champions! I personally collected a Big Ten Floor Exercise Championship, 4 All-American Honors, & a brotherhood that will last forever.” Only after he moved to Texas and worked at the gymnastics facility owned by Simone’s parents did his romantic relationship with her begin.

Stacey also had a short stint in the WWE. Following his WWE TV debut in February 2019, he stepped away and shifted gears to focus on his health and fitness mentorship endeavors. But he’s stayed connected to his gymnastics roots all the while, as seen by the gravity-defying footage he posts on his Instagram page. Ahead, check out some videos of his serious skill. Stacey doesn’t have any moves named after him like his girlfriend does, but his career on the elite level was mighty impressive. He’s dating the GOAT — so are you even surprised?

Style Lessons from 2000s Kate Middleton
Meet Simi and Haze Khadra
John Travolta Posts a Heartbreaking Tribute to Olivia Newton-John After News of Her Death
Yes, Beyoncé’s Lyrics Were Ableist. There’s a Lot More to the Story.
Jaguar’s Future Is Driving Towards Style and Self-Expression